After Seville, we took a bus to Faro. It took 3 hours, although I found that if we’d looked a little more into Seville’s bus station we could have saved half an hour by going to the second stop. Faro is on the South coast of Portugal and I wanted to get a little bit of sun and sand (although the weather had been crawling up to 40 degrees in the weeks preceding our trip).

The town of Faro itself is quite small, and I wouldn’t say there’s much to do there, although we enjoyed wandering around a little. As our bus pulled into the station, I looked on Google maps for the word ‘vegetarian’ and immediately a place called Outro Lado popped up. What luck! They had just been open for a week and they were amazingly friendly and served beautiful vegetarian and vegan food, as well as home-made bread and delicious lemonade.

We were staying in an Airbnb room with a family, which was slightly awkward as they didn’t seem to speak any English, but they were friendly at least. Our first day was spent wandering around the town, looking at things that potentially looked interesting on Google maps: 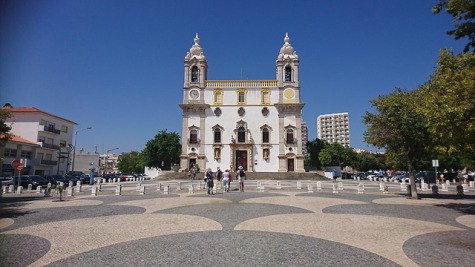 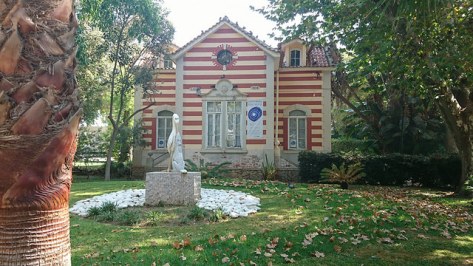 Later in the evening – heading to the bus station and taking bus number 16 to Praia de Faro. Faro doesn’t have an immediate beach – you either have to take a bus (that leaves every 30-40 minutes and takes about half an hour) out past the airport, or take a ferry to a neighbouring beach island.

As we neared the beach, we realised that the sun was setting, and our journey turned into a race against the setting sun. Sadly, we lost, so we opted for a nighttime stroll along the coast instead. The restaurants and bars along the beach all seemed really expensive, so we decided to go back into Faro and look for somewhere for dinner.

A Venda had great reviews and apparently some good vegetarian options, and somehow we managed to arrive just as a small table had become free – otherwise, it seemed packed. It’s a “kitsch” little place, which is my way of saying it’s all rickety, wooden chairs squashed up together and retro magazines on the menu covers. We waited forever for our two vegetarian tapas options, which sadly turned out to be a €7 piece of grilled aubergine and a €4 salad that was mostly just rucola leaves. We were still hungry, so it was just as well we’d stashed up on crisps from a nearby supermarket.

The next day, we headed to the beach! From Faro ferry port, you can take a ferry to Isla de Culatra, among other islands. There are a few wooden shacks down there selling tours, but a straight-up ticket to Culatra is all you need (€2.50-3 one way). Isla de Farol, which is listed there, is also the same actual landmass as Culatra, and you can walk between the two villages once you’re on the island (although it’s a 30-40 minutes walk). The queue to get on the ferry was a bit of a shambles, as you have to queue across some train tracks… and those standing out the way of oncoming trains were sometimes deemed to be holding up the queue. Several people literally just shoved past us with no apology or explanation to get onto the ferry, thus undermining the integrity of the queue and massively offending my British sensibilities! We eventually got onto the ferry, though, and it took a while to get to Culatra (40 minutes or so). Timetable here! 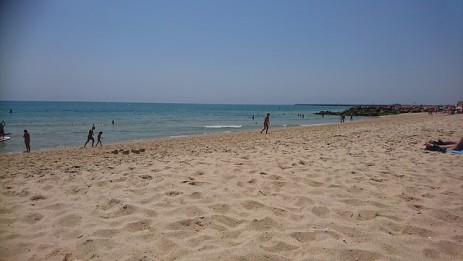 Landing at Farol, we walked through a little village (very cute – and people actually live there) to the beach itself. We spent some time swimming in the sea and relaxing on the beach, eating bread and the such like. We might have walked to Culatra itself, an apparently charming fishing village, but decided not to. Instead, though, we took a ferry to Olhão to mix things up. There’s a TINY ticket stand for this near the ferry port, which is a little box nestled between some cafes and shops. Queueing for the right ferry was also very confusing, but in the end we realised that we had to stand on the right hand side of the queue and wait for the right ferry to arrive…

Landing on the shores of Olhão, the first thing to do was find me some plasters for the huge blisters that my new sandals had formed on my feet. Next, we landed in 7 imeio wine bar – a strange name, granted, but they actually have huge, generous portions of tapas. We ordered an apple and walnut salad for €4 and it was MASSIVE! Their other things looked great, too.

There wasn’t too much else to do here, either, but we wandered around a bit and found some cool art: 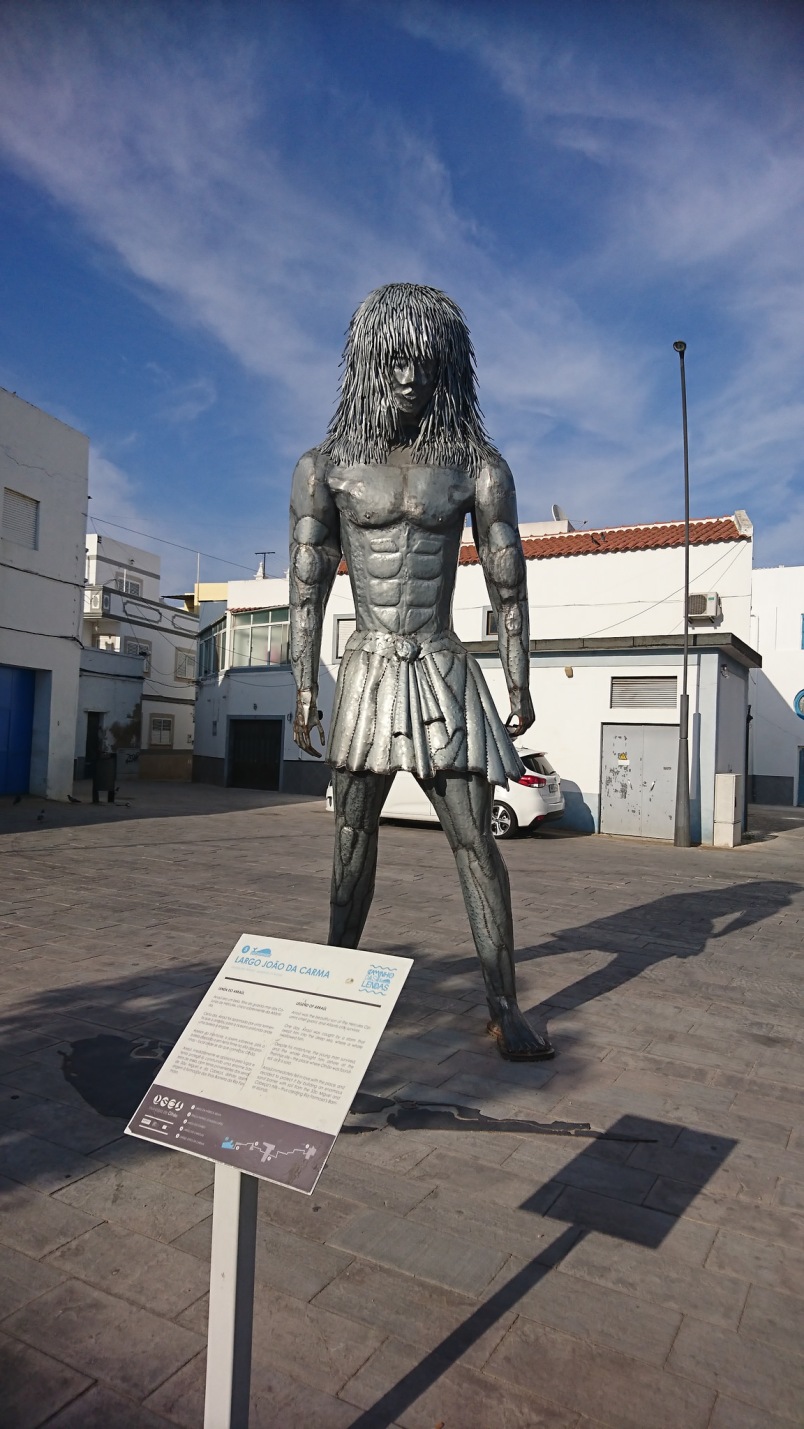 Everything there was white, and although some of the walls looked a little worse for wear, there was a nice vibe: 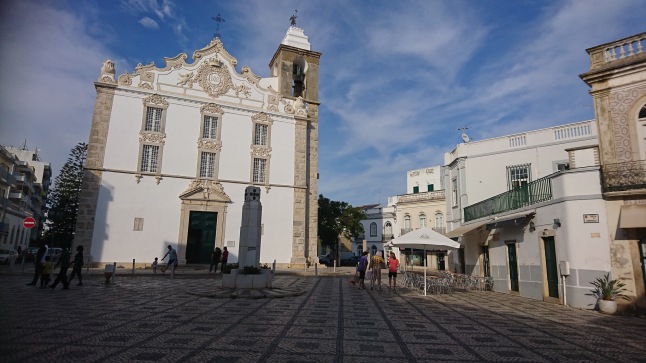 The train back to Faro only took 10 minutes after that – although it was quite delayed, so instead we ended up having some pasteis de nata – a Portuguese flaky tart with a kind of custard creme that is very famous and you have to try at least once – at a nearby pastelaria (the pastry/bakery shops that are literally everywhere in Portugal). Here’s a picture of some I stole from www.bascofinefoods.com : 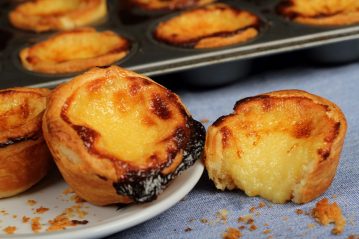